It’s a deal year like no other, according to M&A professionals we talked to about the state of the 2021 deal markets. Inexpensive capital is gushing, and deal professionals are aggressively pursuing deals, much to the benefit of sellers who, in many cases, are realizing exceptional valuations for their businesses. 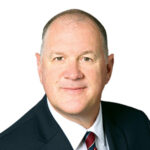 “There is excess capital and debt in the market, as well as pent-up demand.”

For companies whose operations were not seriously impacted by the COVID-19 pandemic, or for those who were able to quickly adapt, Bechtel says now could be an opportune time to pursue a merger or an acquisition. 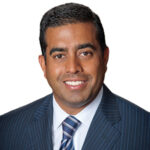 Because there’s a lot of equity capital on the sidelines and debt is cheap, Murad Beg, a partner at Provariant Equity Partners, says that money is compelled to go somewhere. Sellers with a business with reasonably attractive growth prospects, in an industry that people like, can reliably expect to get a very nice valuation for their company that would not have seemed possible just a few years ago.

“My partners and I have been saying for the last four years, ‘We can’t imagine that it could be a better time to be a seller,’” Beg says. “And each day, we’re just wrong. It gets better seemingly every day.”

The mass of eager capital and aggressive buyers is also creating more certainty of close, according to Beth Haas, a partner at Cyprium Partners. That’s another enticement for sellers to get into the game. 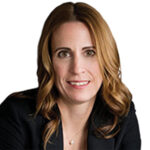 “We’ve certainly seen situations where investment banks aren’t awarding exclusivity until potential buyers have actually done a fair bit of their diligence and stand ready to close,” Haas says. “If you’re a seller, you may actually have option B and option C lined up and waiting, which could increase the likelihood that you get something done, particularly if the lead horse decides to retrade based on something that comes up during diligence.” 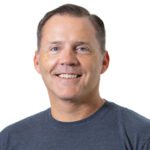 From Brett Lindsey’s position, making strategic acquisitions as CEO of Everstream, buyers right now can pay a higher price because capital is so inexpensive, so prices can climb… and climb, and climb.

“When we first started back in 2015 with raising capital, folks were getting 12 to 14 times (EBITDA),” Lindsey says. “In some sectors, that’s still amazing. In our sector, that’s kind of where it was. And when we transacted, it was more like 18 times.”

“And you’ve got stuff in our sector that is traded as high as 30 times,” he says. “When you think about that — 30 times EBITDA — that’s 30 years’ worth of EBITDA into the future that you’re willing to pay for. So you have to be pretty inspired about that business. For us, what we’ve done is, if you’ve got a formal process that’s being run and there are investment bankers on all sides, then you know those numbers are going to get pushed up, but you know you have a lot of buyers that are out there.” 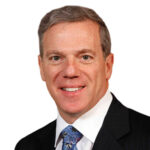 The low-cost capital has created a market that’s enticing to a potential seller across a wide range of industries, says Greg Skoda, senior partner at Marcum LLP. But there may be some fear of missing out — sellers who miss this opportunity may not see another one that’s as potentially lucrative for who knows how long.

“M&A today is as hot as it has been I think in my career,” Skoda says. “It is absolutely insane. The price that’s being paid for companies as it relates to earnings or asset values with an eye toward the future of what these companies could be is at record highs in most industries.”

One point of debate, however, especially across the table within a transaction, is how, exactly, to treat companies’ 2020 numbers. Whether a company did exceedingly well, or struggled to keep its head above water, the past year’s numbers could be anomalous — one could argue — but they could also represent a strong management team capable of pivoting in dire times into a growth market. 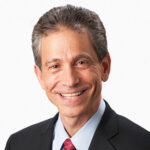 “Everybody talks about the COVID bump,” says Stewart Kohl, co-CEO of The Riverside Co. “If you’re the buyer and you’re buying an e-commerce business, a technology-related business, you’re asking yourself, ‘How much of the 2020 revenue and earnings might go away post-COVID because it was a one-time effect?’ If it was a restaurant or movie theater, etc., then you’re asking yourself, ‘How much more might earnings have been in 2020 but for COVID?’ and trying to adjust your price and expectations accordingly.”

“It’s always an interesting point of discussion as you try to make these adjustments,” says Kohl. “In most or every case, we’re going to be looking not just at the comparison to 2020 but to prior years, as well, and then how the business performs in 2021 will become essential.” Skoda says 2020 didn’t have much impact on the multiples of quality companies. This year, when it comes to good companies, buyers are largely looking past 2020. 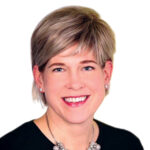 Looking at the plight of companies situated earlier in their lifecycle, Wendy Jarchow, chief investment officer at River SaaS Capital, says a number of venture capital investors were focused primarily on their existing portfolio companies in 2020 and didn’t deploy new capital into companies they might have already been through diligence with before the pandemic.

Today, with the market as hot as it is, there are buyers and investors outside the VC space who are deploying their capital more downstream, creating some competitive pressure.

“There’s so much money in the market right now and fewer companies that reside in the space that a lot of the PE firms look at, so they are moving downstream,” Jarchow says. “Or they’re moving downstream by carving out a little bit of their portfolio, let’s say $1 million to $2 million, to be able to make very small investments to stick their toe in the water.” 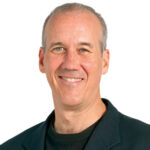 “They’re basically outcompeting traditional venture and changing the game,” McHale says. “It seems to me like the risk dynamics are changing because there’s so much money that maybe people are willing to take more risks than they traditionally would. It’s really making venture firms start to feel challenged on deal flow. Maybe that’s what’s driving up the valuations, likely it is, and a sense of urgency.”

With valuations trending high, Bechtel expects more business owners may be interested in a sale as a measure to gain liquidity, or perhaps as they consider acceleration of their succession plans.

“With interest rates still low, less economic uncertainty and more widespread COVID vaccinations, M&A activity is expected to continue to increase during the second half of this year compared to the first half of 2020, when there was much less activity,” Bechtel says.

Because it’s a seller’s market, Haas says it’s important for sellers to be prepared.

“For sellers to best position themselves in a process, it’s about being able to present a very clear data backstory of the last 15 months, and how did they manage through COVID, and what has that done to the business, and how will that be sustainable going forward?” Haas says. “So, for instance, a lot of companies had to make some pretty significant cuts to their SG&A (Selling, General and Administrative expense). They had to change the way they were doing some elements of business. To the extent that they can demonstrate that that persists, and they’re a leaner, better, more-efficient organization, I think that that does a lot for value, as well as pointing to future opportunities.”

She says sellers should take advantage of this market.

“If you’ve been thinking it was time to put your business out there, it’s a great time to do it,” says Haas. “You need to make sure that you’re prepared because, despite the level of interest, there’s going to be a lot of scrutiny and a lot of questions that you need to answer. Taking the time to get very organized and hiring the right advisers is going to be important to try to get a successful transaction done.”

Entrepreneurs and early stage companies are also expected to be more aggressive as they vie for funding. Jarchow says early stage companies in River SaaS Capital’s portfolio are being conservative with their cash. They’re seeing the market reawaken, contracts getting signed quicker, and the sales process is going a bit smoother. But they’re still conservative from a forecasting perspective.

“We’re certainly seeing a lot more equity opportunities because these are companies that, last year, they were going down the path of taking on equity, and that stalled,” Jarchow says. “They just maintained the status quo and dug deep into their existing customer base. But now we’re seeing more equity opportunities, not just within our existing portfolio, but companies that we’re looking at making equity investments in. It’s also companies that we’re talking to who are now going down the path of equity, but they’re still looking for some nondilutive capital to be able to bridge until they get there.”

She says that, a year ago, nobody was talking about raising venture.

“They were just trying to maintain and understand how they were going to get through the year,” she says. “Now we’re seeing it’s much more competitive with venture dollars in the space.”

Owners of companies that are later in their lifecycle might sense a ticking clock on the opportunity they have to sell their business at what could likely be its peak price. Dealmakers we spoke with say there’s uncertainty about what’s going to happen with the income and estate tax rates, and that could pressure some sellers to act sooner rather than later.

Beg says other factors for sellers include the idea that, having weathered COVID — and for many, this test comes on the heels of surviving a terrible recession just a decade ago — they may not want to fight through another significant market disruption. Technology may be creeping into their sector, threatening to cause disruptions, and as many have mentioned, there’s the ever-more real specter of taxes threatening their returns.

“The capital gains rate fear triggered a bunch of deal flow back in 2008,” Beg says. “That always felt like it was less of a risk. Now, it feels like more of a risk if you believe what you read and see on TV.”

The most important thing for sellers to do right now, according to Kohl, is to decide what they want to do, and commit to doing it.

“Step one is figure out what your objectives are,” Kohl says. “Step two is make sure you’ve got the right advisers — law firms, accounting firms, bankers, etc. — to help you achieve what you want to achieve. And then move decisively. Don’t dawdle. Don’t try to ride two horses at once. Figure out what you want to achieve, and set out to achieve it because today, almost anything is possible. But so is nothing if you do nothing.”