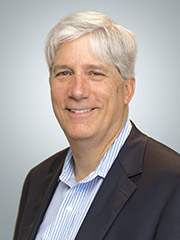 Cyprium Partners provides noncontrol capital for middle-market companies in need of a small boost on the path to meeting their growth objectives.

“Our goal is to work with families, founders and entrepreneurs who need capital — or at least think they need capital — and don’t want to give up control,” says John Sinnenberg, partner, chairman and founding member at the firm. “They’re trying to minimize the equity dilution, so they want to find a transaction where they have to give up as little equity as possible, understanding that they’re asking a firm like ours to take on some equity risk.”

This process of identifying what a company needs and structuring an appropriate deal typically has numerous layers, something which has always appealed to Sinnenberg.

“These owners typically have most of their net worth tied up in the company, and they really need to pick somebody they trust,” Sinnenberg says. “So it’s not just a matter of deal structure; it’s also the nature of trust and the bonding and the relationship that gets formed.”

Dealmakers spoke with Sinnenberg about making deals in the noncontrol capital market and the different factors that come into play in getting a deal done.

Work through the layers

Cyprium often works with clients who are exploring a capital raise for the first time. They may have received funding from a commercial bank previously, but this is their first time working with an institutional investor.

“They’ve gone to their lender, typically a commercial bank, which says they get X dollars, and they need more than X,” Sinnenberg says. “The question is, do they have to sell control, or can they look to some other structure to achieve their objectives, which can be strategic or financial.”

Different types of transactions carry with them different levels of urgency.

“There are certain types of transactions that we do where the transaction needs to get done,” he says. “I have a business, I want to make an acquisition, and I need capital to do that. That’s a transaction where the need for capital is first and foremost, and you try to figure out the best structure beyond that. But then there are other kinds of transactions where the deal doesn’t necessarily have to happen unless the structure is right.”

“It’s a variety of things, where it doesn’t really have to happen, but if you can get the structure right, it will,” Sinnenberg says. “Either way, we get paid to listen very carefully and try to figure out the appropriate structure and address what we think the issuer’s needs are — whether that’s the family, the management team or the founder. So structure becomes incredibly critical.”

Sinnenberg recalls a recent transaction in which the company had three owners who were siblings, with one of the three serving as CEO. Each sibling owned 33 and one-third percent of the business.

“The sibling who was CEO saw a lot of growth opportunity in the company,” he says. “The other two siblings, all they wanted to do was monetize their holdings. Their position was, ‘I don’t need you to grow, just keep paying me dividends.’ In a friendly way, they worked out a deal where the CEO would buy out the other two siblings.”

Cyprium helped the CEO go from owning a third of the company to increasing his ownership to close to 70 percent.

“We structured a deal where we put in some subordinated debt, some preferred stock, and we also ended up with the rest of the equity,” Sinnenberg says. “So it was a win-win. In that case, the CEO wants to roll over his existing equity so there’s not a tax consequence for him.”

Stay off the beach

The foundation of a good deal begins with the quality of the individual you’re working with.

“Are they good people?” Sinnenberg says. “Do they pass the character test? Is it a good company? We don’t invest in turnarounds or early stage companies. Is it a company that we think has a business model that is survivable? You get past those two things and then you look at the use of proceeds, and you say, ‘OK, is this something that makes sense?’”

If the deal on the table is a shareholder dividend recap in which the owner is taking 80 percent of their net worth off the table by liquefying it, that’s probably not something Sinnenberg would want to do.

“We want them having as much, if not more, money at risk than we do,” he says.

Everybody has a different number for what they need to be able to “go to the beach,” Sinnenberg says.

“We want to make sure, to the extent we can, that we feel comfortable that they’re not going to go to the beach once we give them the capital to do a dividend or recapitalize the firm,” he says. “It’s every day dealing with people and trying to figure out who they are and what motivates them.”