Mr. Lewis is a founding member of Cyprium Partners. Prior to forming Cyprium, he was a partner at Key Principal Partners (KPP) and founded its Greenwich, CT office. Prior to joining KPP, Mr. Lewis was a Managing Director and member of the investment banking operating committee of Houlihan Lokey Howard & Zukin. Mr. Lewis also spent a number of years in the investment banking division of Paine Webber Inc., where he specialized in merchant banking and helped found J.F. Lehman & Co., a principal investment firm. Mr. Lewis received his M.B.A. from the Wharton School and a B.S. in Industrial Engineering from Northwestern University.

Mr. Conaton is a founding member of Cyprium Partners. Prior to forming Cyprium, he was a partner at Key Principal Partners (KPP). Prior to joining the Greenwich office of KPP in 2000, Mr. Conaton was a manager of alternative assets and direct investments for a private family office in San Francisco. Activities included direct equity and mezzanine investing in middle market businesses in the U.S., Asia and Europe. During his tenure, Mr. Conaton was a co-founder of a Small Business Investment Company (“SBIC”), under license by the U.S. Small Business Administration. He had previously enjoyed a long career in many roles at The Chase Manhattan Bank, N.A., including as a Vice President focusing on Leveraged Buyout activity in the bank’s Corporate Finance Group in New York. He received a B.A. with a double major in Economics and Political Science from Stanford University.

Mr. Owen joined Cyprium Partners from Praesidian Capital, a lower middle market sponsorless unitranche and mezzanine debt fund, where he was a Managing Director focused on new business development, investment underwriting and portfolio management. Before joining Praesidian, Mr. Owen was the Director of Capital Markets for G2 Capital Advisors, where he was responsible for relationships with approximately 500 credit-focused and private equity funds. From 2007 to 2012, Mr. Owen was the Co-Head of the Credit Team for Patriarch Partners, a $5 billion debt and private equity group operating in the distressed sector, where he managed a team of 15 credit professionals and 60 portfolio companies.

Mr. Owen spent the earlier part of his career in operational roles as the General Manager of Volex in Manchester, England and Shanghai, China where he oversaw the successful turnaround of its $400 million cable interconnect business, and he was a General Manager for Amphenol’s RF Connector Division in Danbury, CT.

Ms. Manto established the administration of the Greenwich, CT office of Key Principal Partners in 2000 after several years in executive assistance at Houlihan Lokey and Paine Webber in New York City. Ms. Manto currently supports the Cyprium New York City-based investment team and assists with day-to-day operations of that office. 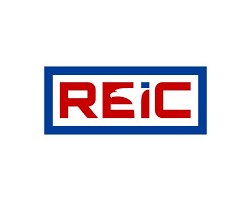